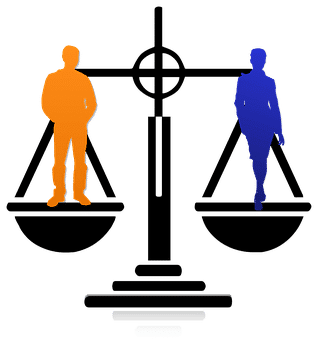 In October of last year, the Harvey Weinstein sexual assault allegations story broke in The New Yorker. The publicity surrounding this scandal has caused a lot of questions to be asked about women’s position in modern society. In a time of supposed social progress, how is it that male authoritarian figures are still getting away with behavior like this? Almost as disturbing as the rape and unwanted touching accusations in the Weinstein story was the seeming complicity of his staff and colleagues. It is as much a moral stain on those who stayed silent as it is on Weinstein himself. The reasons given for such indifference are simply not compelling or persuasive enough to ignite sympathy for anyone who was privy to this secret information.

Still, the bigger question remains: where else is this kind of thing going on? It’s certainly not restricted to Hollywood. The only difference is that the world pays more attention when the skeletons of a famous celebrity come out of the closet.

Not only this, but the skeptic in me considers the possibility that perhaps Weinstein’s downfall is part of  a larger, much more disturbing narrative. It is significant that many actresses only came forward as soon as the story began to gain ground. Could it be perhaps that their savvy PR personnel saw a quick way to promote their client? Moreover, now we have one of Weinstein’s former staff sueueing him. I am always wary of someone trying to make a buck out of someone else’s moral degradation.


And so, the Weinstein story serves as a powerful microcosm for the gender question on a larger scale. Are women really as innocent as they seem? Is it too simplistic to assume that Weinstein is the predator, and the women are his victims? Is it not just as reasonable to ponder the notion that the ‘victims’ were compliant with these sexual advances in order to get ahead in their career?

Tell me this: what does it say about a famous actress who only comes out about their harassment experiences when they have made the ‘A’ list? Does it not say that they were so obsessed about their career that they compromised their moral fortitude? Thus, it is too easy to simply pine over the women who were apparently overpowered by an overweight 65 year old man.

Moving beyond the Weinstein scandal, then, what is the current state of gender inequality in the workplace? Is it real or just a myth? The biggest issue with regards to gender inequality in the workplace is undoubtedly the alleged pay gap. Now, in order to fully appreciate the accuracy of the alleged pay gap, it’s essential to understand how it is calculated. When we hear the phrase ‘pay gap’, we automatically assume that it means a man and woman working the same job in the same company get different gap. Well, let me just dispel this myth. The authority on wage statistics is the Office for National Statistics (ONS hereafter). They’re the organization who release the statistics which claim there is a pay gap.

Now this is the important bit: What data does the ONS use in order to establish the average pay a man or woman gets in the UK? It uses analyses from a 1% sample of PAYE records. One percent. Yes. Just one percent. A completely random sampling that is supposed to convince us that it speaks for the entire country.


And this is the mind-blowing bombshell: The data doesn’t compare types of employment! That’s right. Just because men all over the country are earning more than women all over the country doesn’t mean any pay gap exists. At all. Anywhere. Why? Because without giving us information about what types of jobs people have, how on earth can you substantiate a bonafide difference in pay? Are the liberal commentators really trying to say that men and women should be paid equally no matter what they do? Is a female cleaner entitled to the same pay as a male teacher?

And so, until the statistics that uncover the types of jobs are analyzed alongside the insular wage data, it is impossible to conclude that a pay gap definitely exists.

International Women’s Day 2017: How big is the gender pay gap where you live?

Why you Shouldn’t Panic about Brexit