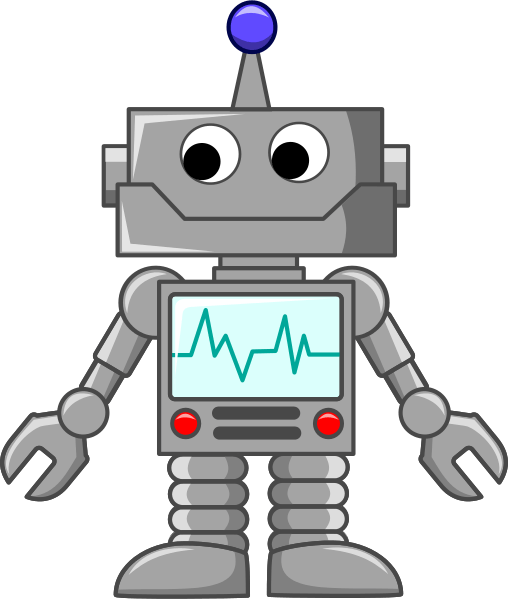 Hi everyone! Hope you’re having a great July. I’m in Florida and we’ve had some scary thunder and lightning that’s as loud as fireworks! It’s been a great month so far aside from that though.

Anyway, this blog post is about…scary, foreboding music…drum roll…robots, machines, and automation. I just got a shiver down my spine thinking about the worrying progress of computers designed to act more and more like humans. Bladerunner eat your heart out.

Part of the general wariness surrounding technological progress is a subconscious fear that machines will take over the world. This fear stems from the fact that humans are afraid of things that are more developed than they are. This is because human nature seeks to exert control over others, and humans worry that a species more advanced than humanity will want to subjugate it.

Well, that’s my theory anyway. Hence, when there are discussions about machines that learn like people, you start to nurture apocalyptic fantasies of a future much like a robotic version of Orwell’s 1984. Or something like that.


So, are there machines that learn like people? Well, the short answer is yes, there will be very shortly. Researchers at Berkley are building a robot that can teach itself to walk. Researchers at MIT have come up with a viable model of teaching computers how to recognise objects the way humans do.

They can already recognise objects (Facebook’s face-matching algorithm, anyone?) but the problem lies with the way they recognize them: it’s not human-like. Thus, zany Frankenstein types who are addicted to the pursuit of knowledge won’t rest until these algorithms can match the patterns of the human brain.

Oh and then there are the human-like androids being built all over the place. It’s one thing to design a robot to look like a human. It’s another thing to programme it with enough intuitive data to make responses that make use of a degree of spontaneity. But it’s a whole other ball game when the designers are obsessed with giving it bonafide human emotions. Professor Hiroshi Ishiguro of Osaka university has developed an android known as ‘Erica’ who possesses the human instincts of desire and intentions.

Thus, robotics is starting to prioritize imitation over functionality and convenience with regards to human-like machines of all kinds. Where will this ominous future lead us?

Okay, so this one aspect of technological progress is actually adorable. You can buy companion robots who will um…be your companion? That sounds a bit like an escort service, but it’s actually a lot more innocent. Companion robots have a lot of functions that include helping you to keep an eye on your property when you’re not home and waking you up in the morning.

The companion robots that don’t try to be human get a thumbs up from me. The ones that are designed to give losers pleasure in the bedroom are hilarious, but they don’t give me the shivers in the way the research on artificial intelligence does. But yes, companion robots in general are definitely not the most sinister element of the robotics industry — especially when you can get one that looks like a dog or a little dinosaur!


If progress stopped here it would be wonderful, but it will keep going and going until…well, who knows what. I really just want to remain a biological species, not a post-biological or post-human one thanks.

Now, this really freaks the crap out of me, I have to be honest. Perhaps worse than the wannabe Frankensteins are the humans who actually admit that they want to be a robot. It’s one thing to crave the creation of a being that is as much like yourself as possible. Perhaps it’s the ultimate ego-boost or fix for a narcissist.

However, transhumanists take all this general insanity a light year further by insinuating that the future of humanity is technological, not biological. As far as I can tell, these peeps won’t be happy until their consciousness floats through telephone wires. Humanity in its current biological form (in other words, the fact that we have skin, organs and such) is not the final stage in our evolution. Eeeek.

Yes. That’s right. Transhumanists want to use technological means to literally change the physical representation of humanity. This isn’t some bizarre joke, people. This is a real movement. And there are real people working towards this goal. We all know that billionaires are insane: all you need to make an idea an eventual reality is research funding really. They’re happy to pay for silly clocks to be buried all over the world (yes, the owner of Amazon actually does this), so why not pay to become super-human mutants too?

Well, perhaps your job is the last thing you’ll be worrying about if such a dystopian future ever comes to pass. Still, if you think the rest of this discussion is simply tin-foil hat nonsense and just want to know how automation will affect your job prospects, here are the most likely jobs that machines will take over in the near future:

The catering industry is vulnerable to increased automation, particularly entry-level roles like line cooks and sous chefs. Robotic hands can slice and dice with ease and perfection. Sure, they might not be quite ready to perfect a baked alaska, but only time will tell.

It should be noted that most of the commentary about robots taking over jobs is inaccurate. Software is not synonymous, and I’m more interested in what jobs will be actually taken over by human-like androids or at least machines who quite literally replace the human worker. Nonetheless, in a vague, indirect way I guess it’s roughly the same. Still, it’s not as interesting or freaky. Any jobs which involve any form of data input or maintaining databases are at risk: mostly from software as opposed to actual robots.

Manufacturing is usually the first thing people think of when they wonder what jobs robots or automated systems take over in the near future. This is because line assembly is perfect for the precision of a machine. A big investment at first, any forward-thinking manufacturing company owner would no doubt view the addition of an automated system to produce parts as a wise long-term investment.

The Future is Uncertain

A variety of sources I examined all say different things about the jobs that robots are most likely to take over. Bus drivers, roofers, writers, journalists, and cashiers are just five of around forty to fifty jobs that are vulnerable to robot attack, apparently. Then beside the job it has a percentage that determines how likely it is that it will become automated in the future: bus drivers have a 89% chance. All I can say is: there’s no point in worrying until it actually happens. When they take over, you’ll find me in the nearest bomb shelter, stocked with spam and ammo for years to come.

Is it unethical to design robots to resemble humans?

9 Jobs Most Likely to be Taken Over by Robots

The 20 jobs that robots are most likely to take over

The 5 Jobs Robots Will Take First

Why you Shouldn’t Panic about Brexit