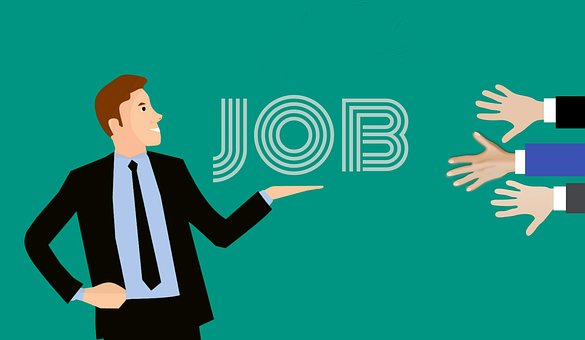 Post-recession employment has changed drastically. Entry level positions have higher expectations, starting salaries can be very low, and the general requirements posted in standard job advertisements have become much more thorough and complicated. If we think of job candidates in terms of supply and demand, the recession created an upheaval in the balance. Pre-recession, candidate supply was roughly equal to candidate demand. Post-recession, however, candidate supply far outweighs candidate demand. As a result, employers became spoiled for choice. Pre-recession, you could expect between ten to twenty applicants for one position; lower for a specialised role. Post-recession, it isn’t uncommon to have over fifty applicants going for one job. Hence, the competition increases, and employers modify their skill requirements in order to try to filter out the weaker applicants. The experience required for entry level positions has also become problematic for graduates looking to find their first salary-paying job. Pre-recession, an entry level position was supposed to be the job that didn’t require experience. However, post-recession, companies are less enthusiastic about devoting time and resources to training new employees. As a result, many ‘entry level’ positions aren’t entry level at all, often requiring up to five years (!) previous experience. These impossible requirements impact both the potential employee and employer. The potential employee will often become defeatist and not bother applying for jobs because ‘there’s no point, I won’t get it anyway’ and the employer runs the risk of over-filtering: missing out on the best candidate because their expectations are simply too unrealistic. Any new employee needs some training and guidance; there is no avoiding this. No one can start a new job and be an expert immediately; there is always a learning curve. Companies should show greater discernment in their hiring strategies, focusing more on finding the person who will serve their company well long-term instead of obsessing over the cost of training resources.


Below are some significant aspects of the post-recession job market:

1. Unemployment has fallen. But wait, read on…

The problem with employment statistics is that they are often not specific enough, and pool every employee as someone who is fully employed. Anyone who follows employment statistics will see numbers that look promising. However, too many statistics include part-time work on the same graph as and not distinguished from full-time work. Hence, the statistics are deceptive and the reality is much less optimistic. Post-recession, there has been a rise in people in part-time employment. Therefore, if you look at a graph and see that in 2009 five million were unemployed and now only three million are, this basically means that a large proportion of the two million people who have found a job are working part-time. Essentially what is happening is that people still can’t find full-time work and are opting instead to work part-time, probably in a job that has little or nothing to do with their field of expertise. The turnover for jobs like this is high as the worker has little interest in or passion for the job and are only working to pay their bills. As soon as a similar job comes along with better pay, benefits or hours they will move on. In other words, the statistics we see all the time are trying to convince us things are becoming better, that people are finding full-time jobs with regular salaries and consistent hours. The reality is that people are just working part-time jobs, biding their time while still struggling to obtain the job that suits their skills and qualifications; a very unstable job market indeed.

Almost a quarter of the population is economically inactive; either unemployed, disabled or retired. The other three quarters of the population (age 16-64) are employed. Of this approx. 75% of the population, which amounts to 31.09 million people, almost 8.5 million people are part-time workers. This is telling indeed. In a total population of around 40 million people, 22.74 million are culpable for the most substantial tax contributions. Half the population is essentially bearing the tax and public spending load for the other half. Part-time workers do contribute to public spending somewhat when their employer deducts their social insurance from their gross wage. However, they generally don’t pay tax. In general, since the recession, unemployment is actually lower than expected and has surprised some economists. However, as already stated, the main explanation for this anomaly is the rise in disguised unemployment: part-time, flexible or casual contracts; in essence, shorter working hours.

Ever the sceptic, I look at statistics about unemployment and don’t see a rise in employment, only a clever way of creating graphs to hide the specifics of what employment actually means. Working five hours a week on a casual contract isn’t genuine employment, for example. Until employment statistics become more transparent and divide according to types of employment, it is difficult to become optimistic about the economy and job opportunities. Hopefully, this post will be informative and helpful in your career ambitions. It is imperative that job seekers are diligent and aware of what’s really going on in the world of work.

The Pros and Cons of Freelance work

What are ”Transferable Skills”?

The Importance of Body Language

Unpaid Internships: Are They Really Worth It?

What is the Most Fulfilling Job?

The Risks and rewards of Self-Employment

Starting Your Own Online Business

The Realities of Graduate Recruitment

Are Video CVs a Good Thing?

How to Actually Find a Decent Job

Leaving a Job or being Fired